Surviving's not enough! We've got to fight!
— Walker

Elijah Walker, who is referred to simply as Walker, is one of the ten playable Cleaners in Back 4 Blood. He is a seasoned veteran who brings his vast experience in warfare to the table, and shoulders the responsibility of ensuring that everyone he cares about makes it out alive.

The oldest of five siblings, Elijah Walker was born in Evansburgh to a hardworking, blue collar family. The former Army Ranger and war-torn veteran is highly skilled with a wealth of front-line combat experience. Walker is a man of few words, but when he speaks, he commands the attention of his fellow Cleaners, who all respect his commitment to the fight.[1]

The following traits are being granted to Walker with his Cleaners card:

EQUIPPED
Start with a Frag Grenade

Walker has a beard and baseball cap that he wears facing backwards. He wears gloves, boots and a backpack, all desert colored. He wears a military shawl, military dog tags, a blue long sleeved shirt, a tactical belt and cargo pants with knee pads.

Walker shows himself to be the leader of team, keeping his allies in check and constantly reminding them of the situations that they are facing or ones that they will soon have to. He's always alert in case trouble arrives and tries his best to make sure that his allies know about them. He believes that he must lead his teammates to safety and takes it upon himself to decide what is best for the team.

The following quotes are shortened versions of the comments they've made about Walker's character:

Walker was one of the first characters I was actually started writing and I wanted him to be "the rock".


He's the one who will have the plan, he'll see the way through and he'll guide people and make sure his team get there.
And he cares deeply about everybody on his team and some ways I wanted to avoid that hard macho guy and I wanted him to be there for everybody.

Him and Mom are basically the de facto leaders of our cleaner team and that kind of caring goes through both those characters.
— Simon Mackenzie, Lead Writer at Turtle Rock Studios

It's safe to say he's like the warrior archetype, ex-military. He was actually on leave whenever the apocalypse happened.
So he brings the skill and the experience from "real world combat".
— Phil Robb, Co-Founder/Creative Director at Turtle Rock Studios

Walker is one of the First Cleaners I designed with Direction from Phil Robb and Mike Brainard.
We initially had more civilian/casual designs in the early version but found middle ground.
— Gue Yang, Character Concept Artist

My parents worked their assess off to keep a roof over our heads and food on the table. They always told me how lucky we were. At the time I didn't get it.

Wasn't until they were gone that I realized they were talking about us. About FAMILY. Lost my mom at 13, Dad to cancer just before I graduated. I had nothing, but I'd been given plenty and wanted to give back. So I enlisted.

I trained, trained HARD. I threw myself into the life and was rewarded by becoming an army ranger.

I was on leave, visiting my stomping ground the "The Collapse" hit. Training SAVED MY LIFE. Helped me save others. My parents never gave up, their spirits are in my blood so I won't either.

Sometimes family can be where you find it and I found mine again at HOPE. Together we're going to fight and take back what was ours. For those that are here and for the generations yet to come.
— Walker's journal 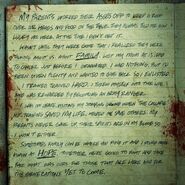 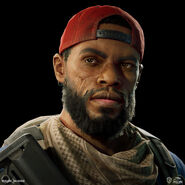 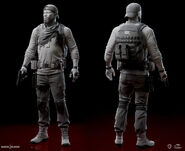 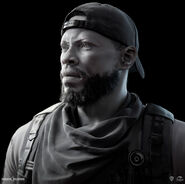 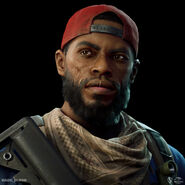 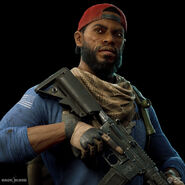 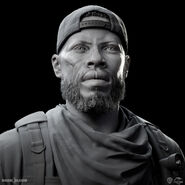 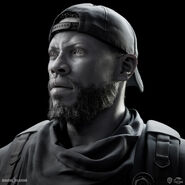 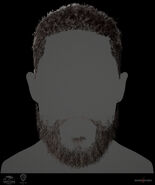 The following overview presents all cosmetic items that are associated with Walker.

Trail Of Blood
How to unlock:
Accomplishments: 250 Missions as Walker

ZWAT
How to unlock:
Accomplishments: Complete all Campaign maps on Nightmare as Walker

First Blood
How to unlock:
The Collectors for 13

Standard Model
How to unlock:
Own the Tunnels of Terror DLC expansion.

License To Grill
How to unlock:
The Collectors for 13 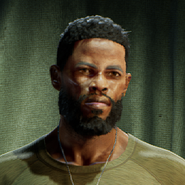 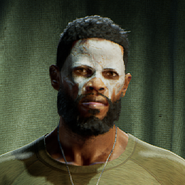 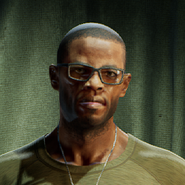 Eagle Eyes
How to unlock:
The Collectors for 7 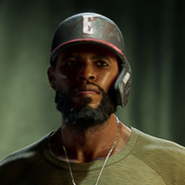 Batter Up
How to unlock:
Roving Merchants for 250 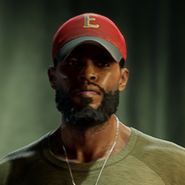 Major League
How to unlock:
Roving Merchants for 250 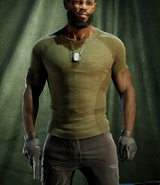 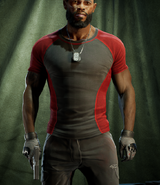 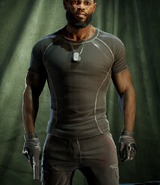 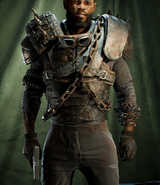 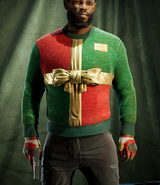 Khaki
How to unlock:
The Stilts for 5

AB Positive
How to unlock:
The Collectors for 5 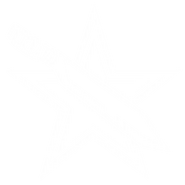 Little Seeds
How to unlock:
Accomplishments: 25 Missions as Walker 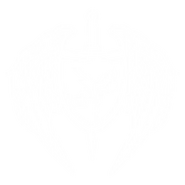 Spec Ops
How to unlock:
Accomplishments: 50 Missions as Walker 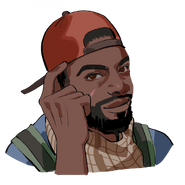 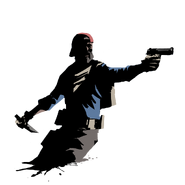 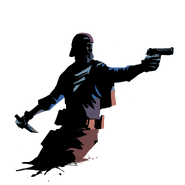 Not This Time (Alternative)
How to unlock:
Fort Hope (3) for 5 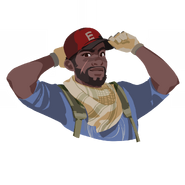 Walker
How to unlock:
Accomplishments: 100 Missions as Walker 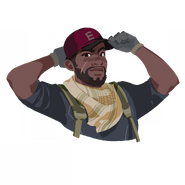 Walker#2
How to unlock:
Accomplishments: 100 Missions as Walker 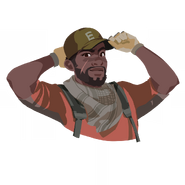 Walker#3
How to unlock:
Accomplishments: 100 Missions as Walker 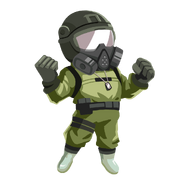 Power Trip
How to unlock:
The Collectors for 3