Focus on the job at hand and we'll get along fine.
— Karlee

Karlee Fincher is one of the ten playable Cleaners in Back 4 Blood. Once a self-sustaining survivor roaming the boundaries of Fort Hope, she has since joined the Cleaners to increase her odds of survival against the Ridden.

Surviving on the outskirts of Fort Hope since the Collapse, Karlee only trusted in herself. No one knows much about her, and she's fine with that. Though originally seen as a nuisance at best and a looter at worst, her actions have proved time and time again which side she's on. Now with the Ridden on the rise, she's made the choice to fight alongside the survivors. She may not be a Cleaner by name, but she more than makes up for it in attitude.[1]

The following traits are being granted to Karlee with her Cleaners card:

Karlee has an undercut, her hair is dyed purple. She wears purple cropped hoodie, leather jacket, pants, gloves and boots. She has a lot of tattoos on her body; they can be seen on her neck, fingers and belly. Her fingernails are purple.

Holly said that Karlee's head's on a swivel and she's blunt.

The following quotes are shortened versions of the comments they've made about Karlee's character:

Karlee is the latest addition to the team in terms of us coming up with her.
— Phil Robb, Co-Founder/Creative Director at Turtle Rock Studios

She's personality-wise a homage to one of my friends. He was kind of just forthright.
I wanted her to be action-like and it works with the skills she has to be that character on the edge.
She hangs at the Outskirts of the Cleaners. When it's convenient and when it's for them and her that's sort of what kind of work she likes.
— Simon Mackenzie, Lead Writer at Turtle Rock Studios

She's as close as to we get to the criminal element. She definitely looks out for herself.
— Phil Robb, Co-Founder/Creative Director at Turtle Rock Studios

Karlee was the last Cleaner designed and some of the inspiration were more goth punk, so that made it super easy for me lol.
— Gue Yang, Character Concept Artist

I was doing fine on my own, then "The Collapse" came so there were even less people to bother me. It was like a dream come true. Yeah the Ridden could be a pain, but I learned a whole new skillset and had much more time to read...I would do off-the-grid runs for the KSC and some of the settlements, that's how I first came across the Mutations. Got paid well for that Intel, even more to keep it quiet. But it was time to shake things up a bit and as much as I hate to admit it, sometimes it's good to have back-up. So here I am at Fort Hope, more or less...but I'll be there when they need me or are offering something good enough to trade for my services.

On the plus side they have a fully stocked bar and a shooting range with all the weapons anyone could ask for.
— Karlee's journal 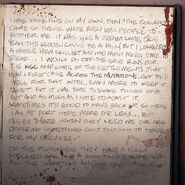 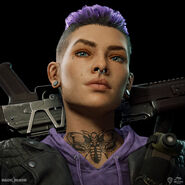 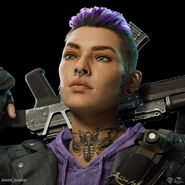 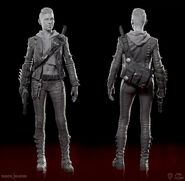 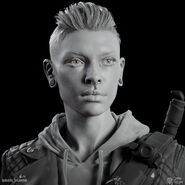 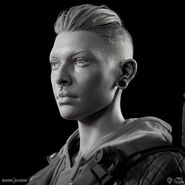 A file that can be found in the KCPD revealing Karlee's last name.

The following overview presents all cosmetic items that are associated with Karlee.

Punk's Not Dead
How to unlock:
Accomplishments: 250 Missions as Karlee

ZWAT
How to unlock:
Accomplishments: Complete all Campaign maps on Nightmare as Karlee

Rockabilly
How to unlock:
The Collectors for 13

Ultraviolet
How to unlock:
Own the Tunnels of Terror DLC expansion. 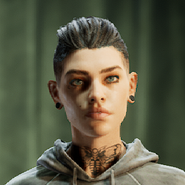 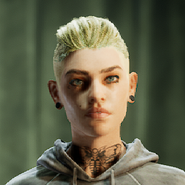 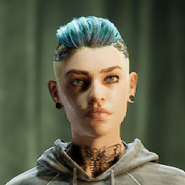 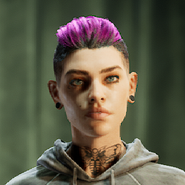 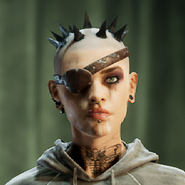 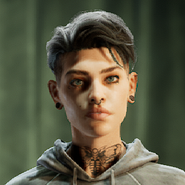 Out On The Brown
How to unlock:
The Collectors for 7 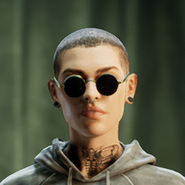 Windsor
How to unlock:
Roving Merchants for 200 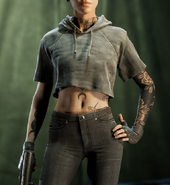 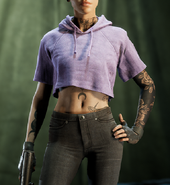 Lavender
How to unlock:
The Furnace (3) for 5 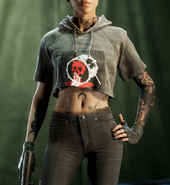 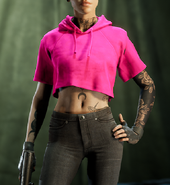 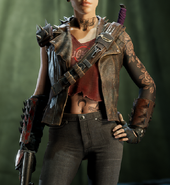 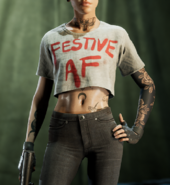 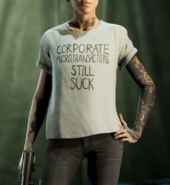 QFT
How to unlock:
The Collectors for 7 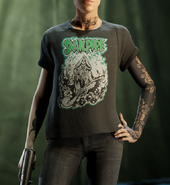 Extra Salty
How to unlock:
Roving Merchants for 200

Acid Washed
How to unlock:
Grant's Brew House for 5

Genuine Pleather
How to unlock:
Grant's Brew House (5) for 50 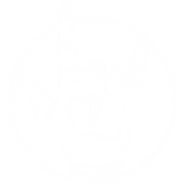 Love You
How to unlock:
Accomplishments: 25 Missions as Karlee 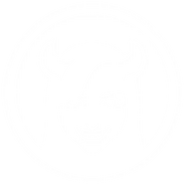 Princess
How to unlock:
Accomplishments: 50 Missions as Karlee 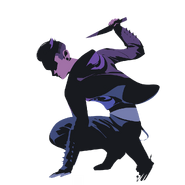 Nights Shadow
How to unlock:
Knuckle House (5) for 15 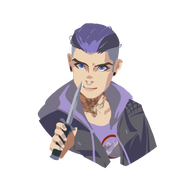 Karlee
How to unlock:
Accomplishments: 100 Missions as Karlee 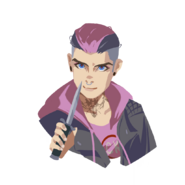 Karlee#2
How to unlock:
Accomplishments: 100 Missions as Karlee 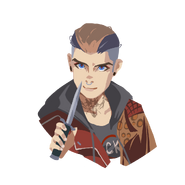 Karlee#3
How to unlock:
Accomplishments: 100 Missions as Karlee 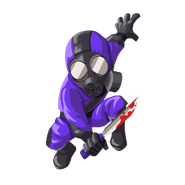 Free Radical
How to unlock:
The Collectors for 3