Back 4 Blood is playable on Microsoft Windows, PlayStation 4, PlayStation 5, Xbox One, and Xbox Series X|S. It was released on October 12th, 2021. Players who purchased the Deluxe or Ultimate edition could play the game a couple days early, on October 7th, 2021.

Back 4 Blood features 8 survivors, known as Cleaners. The first four cleaners were introduced in the reveal trailer: Walker (man in the hat), Holly (woman with the red hair), Evangelo (man with the fluffy hair), and Hoffman (man with glasses). The remaining 4 cleaners are Doc (woman physican), Jim (man in hunting outfit), Karlee (punk woman), and Mom (middle-aged woman). Any four of the eight Cleaners can be selected in a game. Each Cleaner has different abilities and perks.

The annual pass (which is included in the Deluxe and Ultimate editions of the game) will include new playable characters, both Cleaners and playable Mutation Ridden for PvP.

You are at the center of a war against the Ridden. These once-human hosts of a deadly parasite have turned into terrifying creatures bent on devouring what remains of civilization. With humanity's extinction on the line, it's up to you and your friends to take the fight to the enemy, eradicate the Ridden, and reclaim the world.

There are currently three modes: Coop Campaign played through several Acts, Swarm which is a Player versus Player (PvP) mode, and Training which is Coop Campaign but solo with bots. Cleaners upgrade their characters with Cards in both all modes. In Swarm when playing as the Ridden team, the Zombie Mutation System is used to upgrade the Common ridden as well as to power up the playable Ridden classes.

Back 4 Blood is available in three different editions: Standard, Deluxe and Ultimate.
Below we will explain the differences between the editions.

The Standard edition contains only the base game, which is necessary to play Back 4 Blood.
In terms of content, it is the same as the version that can be played through the Xbox (PC) Gamepass.
Owners of the Standard Edition of Back 4 Blood have the option to purchase the Annual Pass separately.

In addition to the base game, the Deluxe edition also includes the so-called Annual Pass, which provides access to three exclusive expansions. These can include new story content, playable characters, new Mutations, and much more.
The first expansion owners of the Annual Pass can look forward to is the Tunnels of Terror expansion which will become available on April 12th, 2022.

On November 8th, 2021 Turtle Rock Studios released a content roadmap featuring free updates and an announcement about the first expansion called Tunnels of Terror that comes with the Annual Pass.

Concept art of Tunnels of Terror 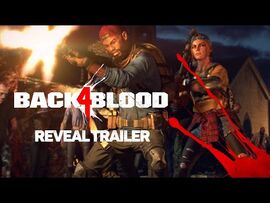 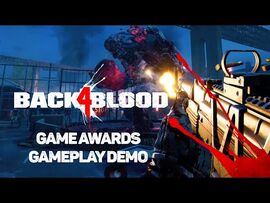 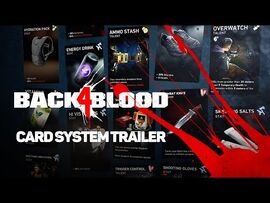 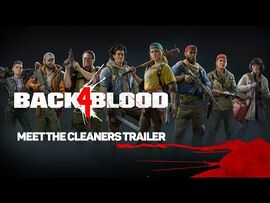 Back 4 Blood - Meet the Cleaners Trailer